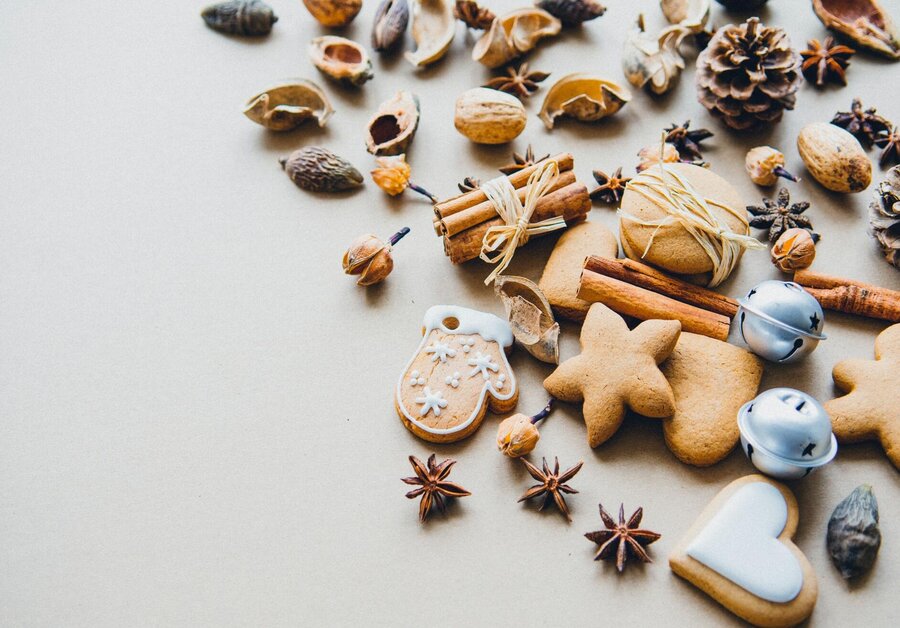 Celebrating Christmas in 2020 is not as it used to be. During the pandemic time, the season of festivity is a bit different – no big family gatherings, no lavish Christmas dinners, but still we can celebrate the biggest festival of the year with the same zeal and fervour.

Apart from the decorations, gifts, and scintillating drinks, the fabulous feasts form the biggest part of Christmas celebrations. Whoever cooks the Christmas dinner for the family, it ought to be made to impress the family and guests, if you can invite a few. Use of luxury spices like allspice, cinnamon, cloves and anise is considered a must for that inviting Christmas flavours.

Christmas is not complete without the generous use of luxury spices. The aroma of these fine spices not only spread the magic of Christmas, but also create the warmth feeling that is so much suitable for these cold and dark winter nights.

What are the Christmas spices that brighten your festive feasts?
Know more about these spices for Christmas festivity

Allspice: A versatile spice which embodies multiple flavours and aromas. Used in desserts as well as festive dishes, allspice is a renowned spice for Christmas. Hailing from Jamaica and praised world over this all in one spice inspires jerk style dishes.

Anise: Aromatic and healthy spice anise is packed with rich nutrients. Rigorously used in Indian cooking, particularly in Kashmiri cuisine for its flavour and aromas. During the season of festivity, anise is used in baking and roasts for extra flavours and that luxury aroma.

Cinnamon: How do you tell if Christmas is in the air? Certainly when you smell cinnamon spice around you. That’s how much Christmas and Cinnamon are entwined. Numerous festive breads, biscuits, pies and some desserts extensively use cinnamon spice for fragrance and Christmassy feel.

Many Christmas dishes, including roasts and gravies infuse cinnamon spice to lift the flavours up and amuse the guests.

Cloves: A powerful spice that typically enhances the hotness in curries, clove is synonym to Christmas flavours. From mulled wine to gingerbread, from festive lamb roast to orange pomander balls, clove is the spice that reminds all of us of Christmas.

A hint of sweetness is hidden in this super hot spice that provides inviting flavour. The warmth and heat in cloves perfect for these dark and cold winter nights.

Nutmeg: Christmas is nothing without nutmeg inspired luxury desserts. Indulge in rich cheese cakes or rice puddings that are flavoured by freshly grated nutmeg scrapings. Decorating a mashed potato dish or a custard dessert with nutmeg is a common practice for Christmas for a rich and tasty recipe.

Some special bakes for Christmas also transformed by using nutmeg to enhance their appeal.

Bay leaves: In Christmas, bay leaves are not just for the wreaths. Rather it is also used in cooking of stews and certain soups. Try adding Indian bay leaves in your festive turkey roast and see the difference. Most flavoured basmati rice dishes use bay leaves for the lavish flavours and fragrance.

Happy Sankranti 2021| What is Makar Sankranti?